The Story of Benson and Ernie

Ernie was surrendered by an elderly woman who could no longer care for him. Ernie came to CCS Board Member Judith Berner's home where he joined another orange tabby, Benson. Ernie and Benson have become best friends. They often sleep together and groom each other. We believe these handsome gents are about 15 years old.

Shortly after going to live with Judy and Benson, Ernie developed crystals in his urine, a common occurrence in older male cats, that prevented him from urinating. After many trips to the vet it was decided that Ernie needed surgery to re-implant his urethra. The surgery was a success, and Ernie is now also known as "The Million Dollar Mouser".

Ernie and Benson enjoy a tranquil and pampered life with Judy. Benson loves hanging out with his canine "cousin".... Ernie is less than thrilled with canine company and keeps his distance.

The boys also enjoy spending time in their "tents" that Judy places on the patio for them. They are able to enjoy the sights, sounds and smells of the outdoors in this safe environment. They love watching the hummingbirds feed. 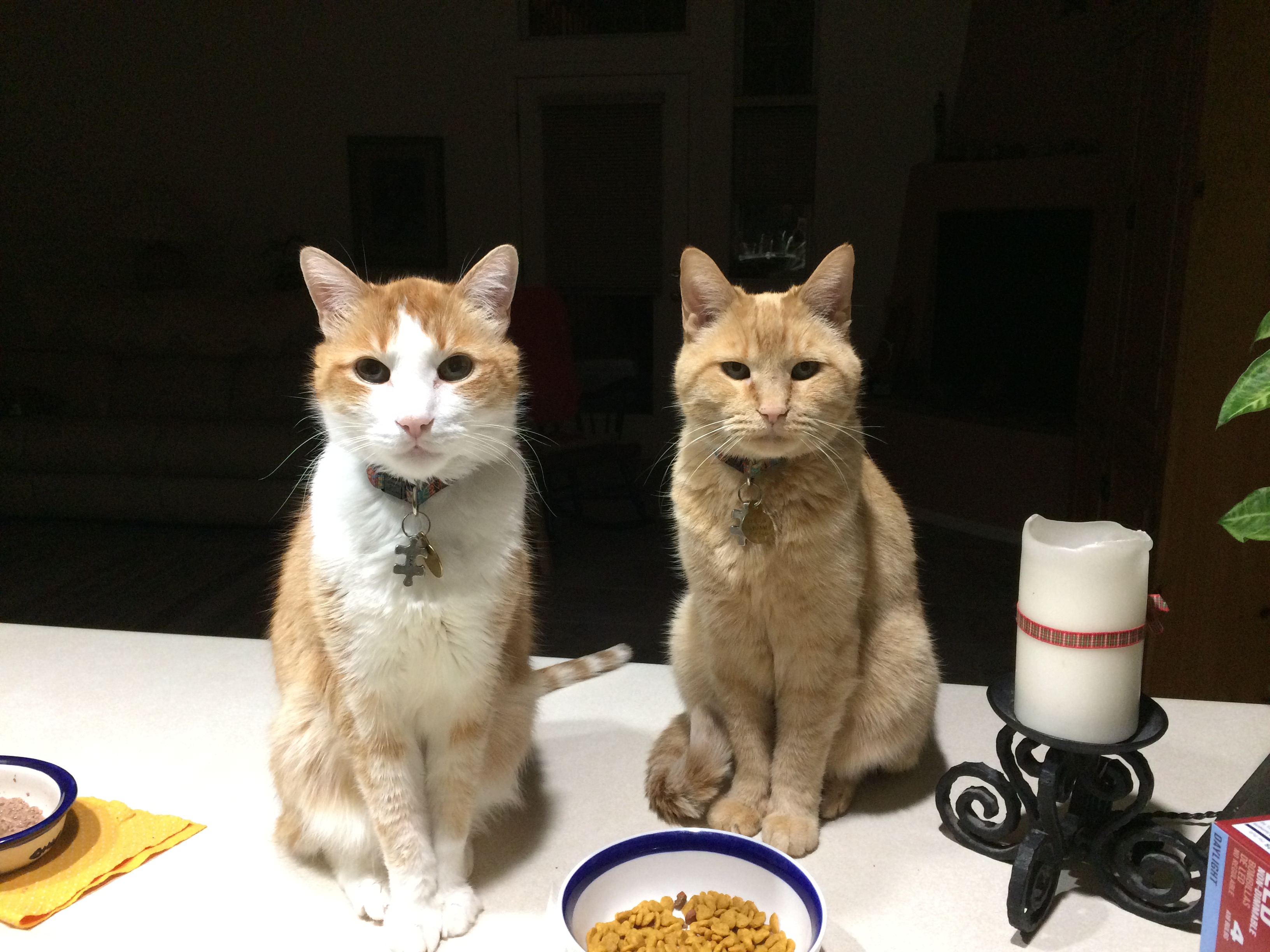 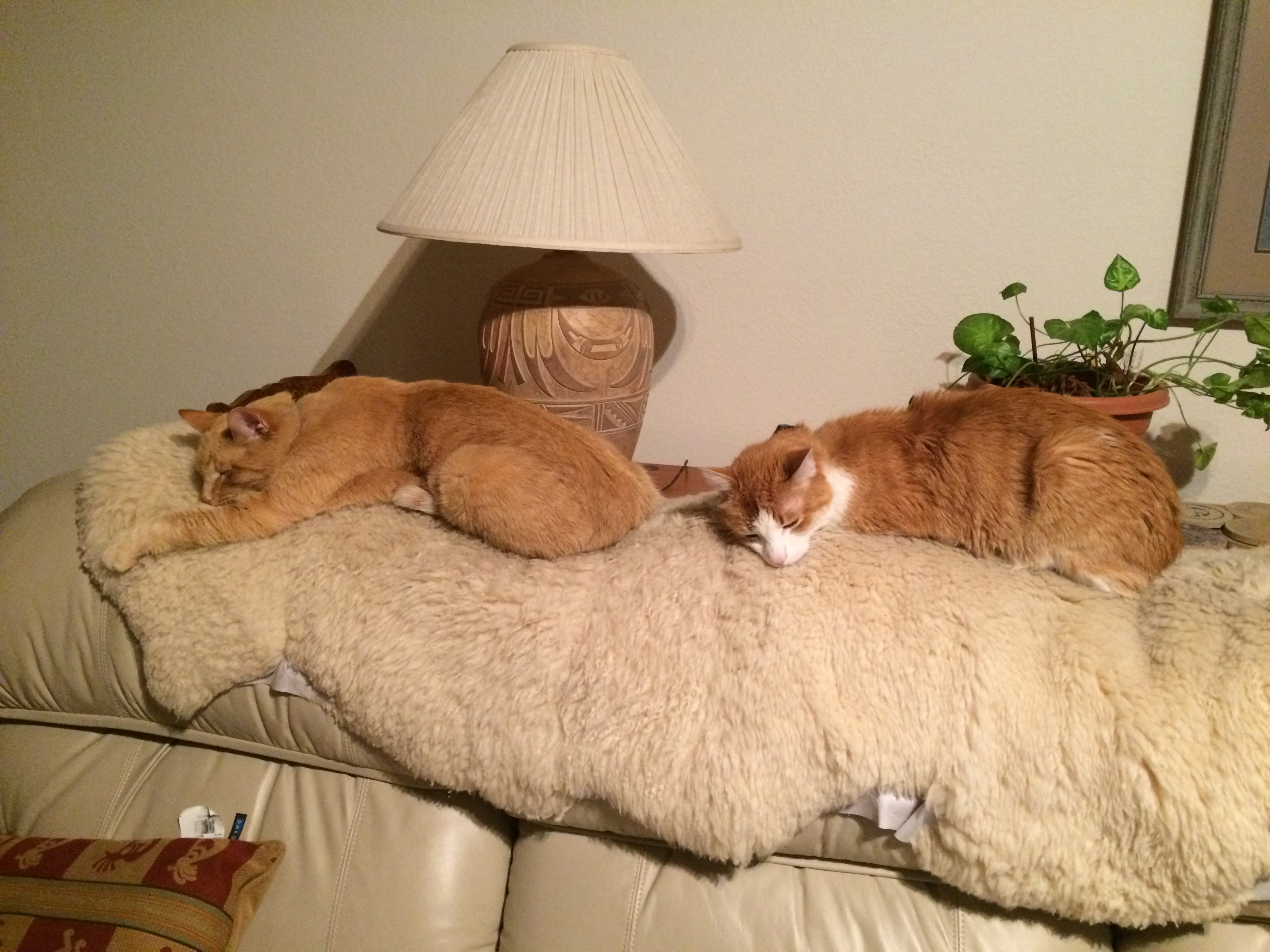 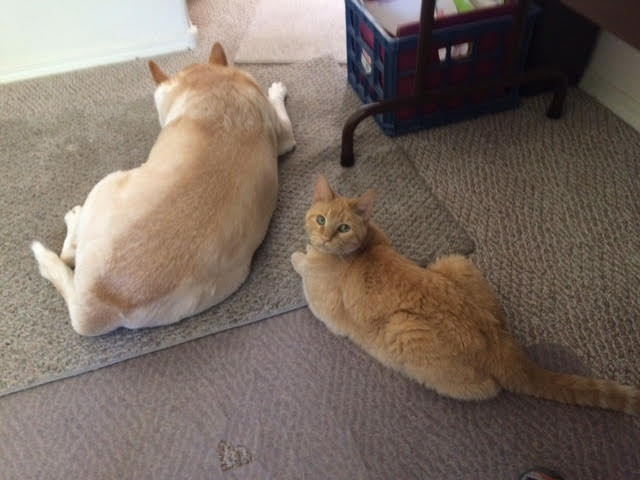 Benson and His Doggie Friend 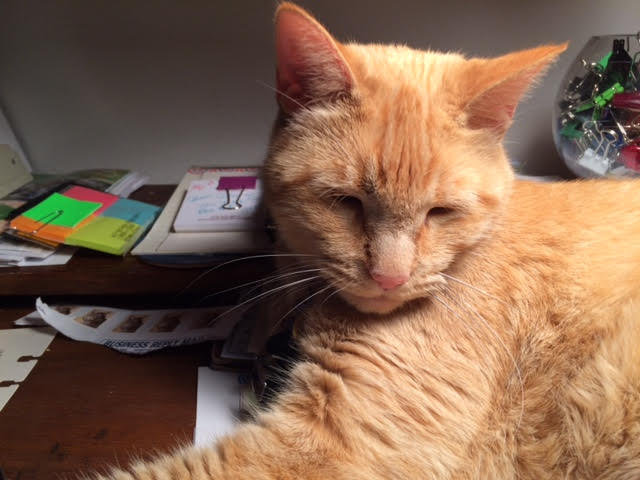 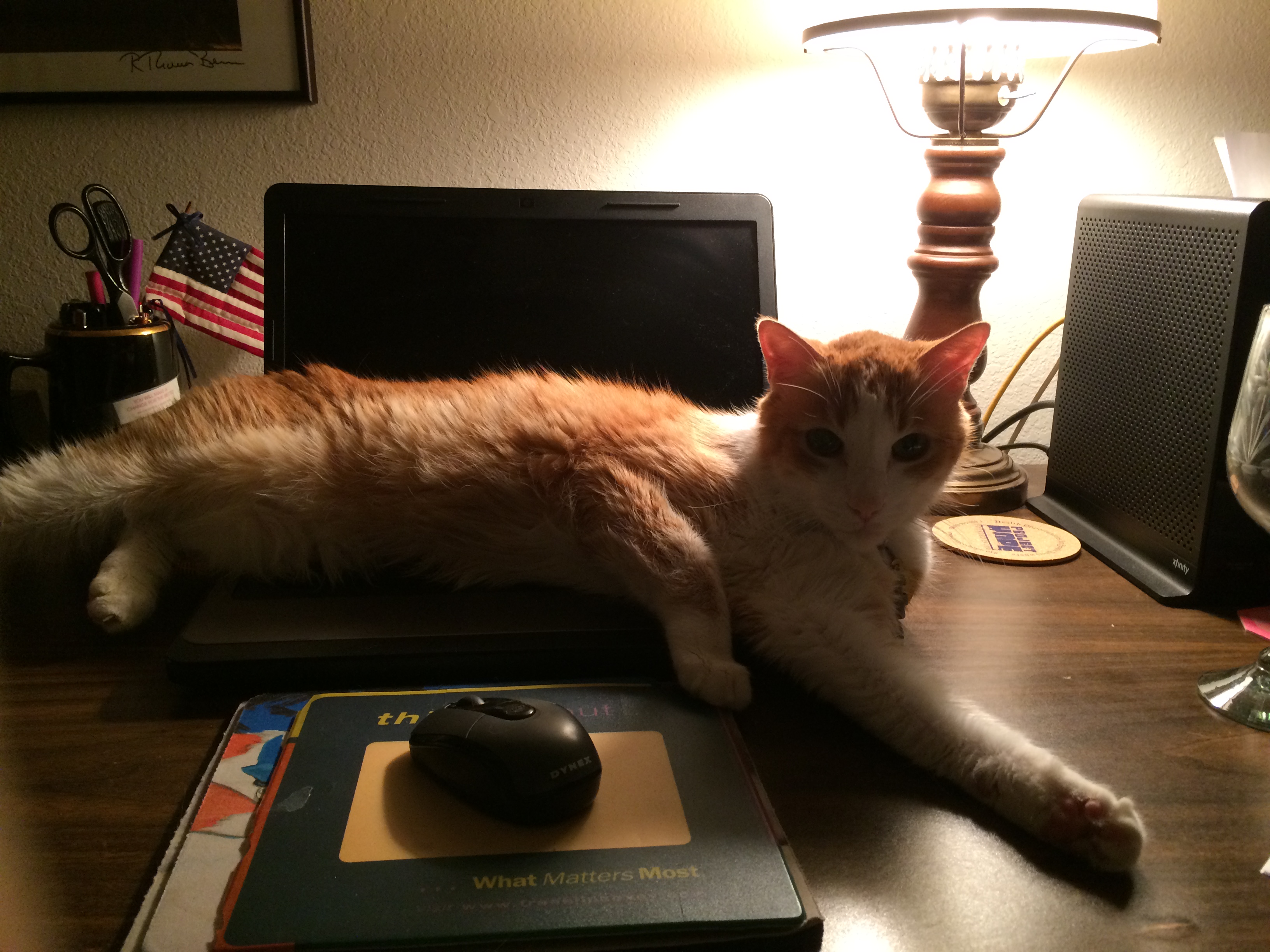 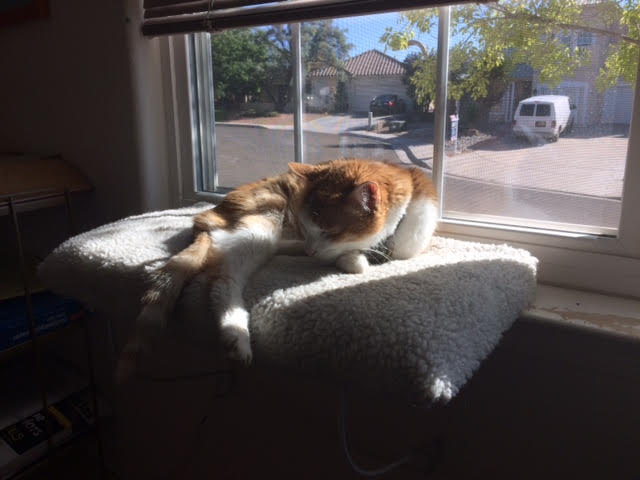